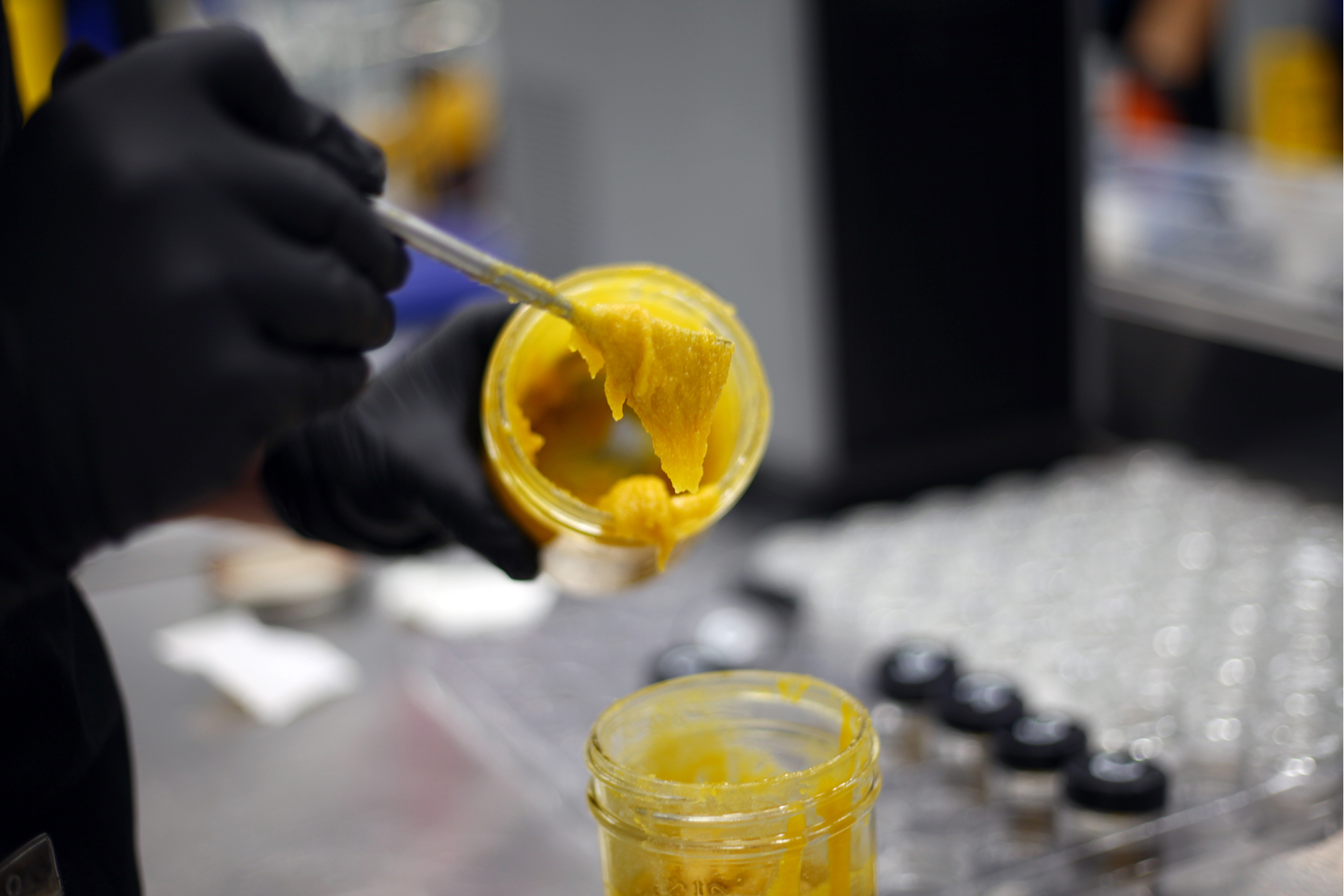 Solventless vs BHO: What’s the Difference?

Over the last several years, the cannabis world has turned its attention to dabs and different ways to consume them. Taking a “dab” or “dabbing” refers to consuming cannabis concentrates in the form of various types of wax, shatter, hash oil, and rosin. If you’ve dabbled in the world of concentrates, then you know how many options there are. But with all of the options comes different and unfamiliar terminology, like resin, rosin, solventless, or BHO. If you want to know what this terminology refers to and the difference between them, you’re in the right place. Let’s dive in and learn more about solventless vs BHO concentrates.

“Concentrate” is a term used to describe any cannabis product that’s been refined into a more potent and pure form. It can be used to refer to kief, pressed hash, bubble hash, ice water hash, and hash oil (a.k.a. wax or dabs.)

Hash is the accumulation of trichome heads separated from the unwanted material of the cannabis plant, and hash oil is the essential oil extracted from the trichomes. While people dab hash, this is typically only done with “full melt” (or 6-star hash.) Smoking hash is a better option. Consuming hash oil (or dabbing) is best described as placing a small amount of concentrate (or a “dab”) onto a high-temp surface, where it is immediately vaporized and inhaled by the user.

Brands don’t make it easy to understand what you’re buying. Some companies label their extracts based on the strain used, some label based on the texture of the finished product, and some label based on the kind of extraction method utilized. It’s a bit of a free for all, and the inconsistency makes it more confusing than it needs to be for many consumers. To help, we’ll break it down.

If you see budder, butter, sugar, wax, or shatter on the label, the concentrate’s name is for its texture/consistency. Other terms you can see are live, cured, or rosin. When ‘live’ is in the name of your concentrate, then the flower used to create your concentrate was flash-frozen immediately after harvest and extracted for maximum freshness. Cured products are made with flower that has been dried and cured instead of being flash-frozen while fresh.

The process of making concentrates vary, but they all are after the same things: Cannabinoids and terpenes (which both live in the trichome heads.) Cannabinoids (CBD, THC, THC) are the chemical compounds responsible for marijuana’s psychoactive and calming effects; Terpenes are accountable for the flavor profile and may contribute to the entourage effect of cannabis.

BHO: Everything you need to know.

BHO is short for butane hash oil and gets its nickname for the solvent of choice (butane) used in the extraction method. Solvent-based extraction is any method that uses a volatile chemical to dissolve the cannabinoids away from the actual plant material. Once collected, the solvent is then removed, typically with evaporation, leaving the cannabinoid-rich concentrate untampered.

After extracting dabs, there may still be unwanted fats, lipids, plant waxes, and plant materials to remove from the concentrates. Winterizing and dewaxing are the two most common techniques to remove these compounds. Winterizing uses ethanol to separate the solution from your dabs over multiple days. Dewaxing, a common step in a closed-loop extraction system, superchills the extract produced from the initial butane extraction, and often involves passing the extract through a series of filters. From there, concentrates are usually “purged” in a low-temperature vacuum oven, where excess solvents will evaporate.

BHO is one of the most common and most popular methods of solvent-based extraction. Using this method can result in a product that is 60% to 90% THC. Other common solvents are propane (PHO), CO2, and, more recently, ethanol (EHO).

Using CO2 as a solvent is most common when extracting oil to be used in disposable cartridges. Using liquid CO2 as your solvent is a lot safer, but it leaves you with a significantly less flavourful product that is only 50% to 75% THC.

Any sort of chemical extraction is a lot more dangerous to try at home than any other, so if you’re looking to try one of these methods out, solventless should be your initial choice for an at-home extraction sesh.

Solventless: What is it, and how is it made?

Solventless is a term used to describe a concentrate made without the use of a chemical solvent. There are many different methods used to make solventless extractions. These products are named for how they are created.

Dry sift hash separates the trichomes using nothing more than micron screens and some elbow grease. This method uses agitation and temperature for separation, not butane or any other chemical.

Step 2: Shake the buds back and forth across a fine mesh screen.

Step 3: Scrape your dry sift hash together, and press it into blocks.

Ice water extraction is another popular way to produce hash. With this extraction method, raw cannabis flowers are soaked in ice-cold water and agitated. It’s typical to agitate with the aid of a machine, but if seriously motivated, it could be accomplished by hand. The way ice water hash works is simple. The cold temperature and gentle motion allow the trichomes to fall away from the plant material. Since trichomes sink to the bottom, it is effortless to collect and dry them out. Your result: ice water hash.

The process of making rosin is simple. You apply heat and pressure to press out the cannabinoids and terpenes from the trichomes. This method is the easiest and doesn’t use any aggressive chemicals. Not only is it the easiest, but using this method to make concentrate preserves a more significant amount of terpenes and cannabinoids than any other extraction method available. The beauty of rosin is it can be made from almost anything. You can use bubble hash, kief, or even straight-up buds. Rosin extracted directly from flower, a.k.a flower rosin, typically has a low yield, but produces an extract that is most similar to the original plant. Hash rosin, which is rosin made by pressing dry-sift or ice water hash, typically has a higher yield, but requires the extra step of producing hash first. Just like BHO extracts, rosin can be produced from live or cured material. Amazing what a little heat and pressure can accomplish!

If all of this is a bit overwhelming, never fear. Oasis has you covered with an ever-growing list of great solventless extracts, ready to dab. Stop in and chat with one of our budtenders, who will be happy to help you select the right product for you. See you soon! 🙂