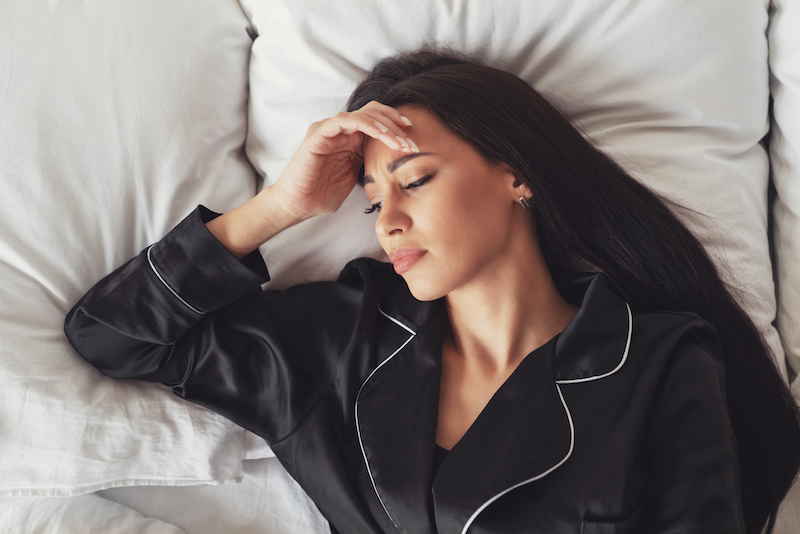 You may know that insomnia and other sleep disorders are among the approved conditions for a medical marijuana card in Nevada, but do you know the science behind cannabis and sleep? Chances are you have had a pretty serious indica at some point in your life and passed out into a deep and restful sleep, but why does cannabis induce sleep this way? There are several reasons why cannabis has been shown to be beneficial to those who have insomnia, and one of them is increased melatonin production.

Melatonin is a naturally-occurring hormone that regulates your sleep-wake cycle. Your body naturally begins to produce melatonin on a regular basis, which is why it is responsible for the circadian rhythm of sleep. Although your body already makes melatonin, melatonin supplements can be helpful in inducing and improving sleep when needed.

THC in any form will stimulate your body to produce melatonin, but not all cannabis strains are best suited as a sleep aid. If you are suffering from a sleep disorder or just prefer a more relaxing and sedative high, be sure to steer towards indica and indica-dominant strains or strains with terpenes that mimic a typical indica strain.

The name says it all! Gorilla Glue #4 is an indica-dominant hybrid that will just about glue you to the couch. GG #4 typically has a THC content of over 20 percent, and its potency plus high levels of caryophyllene and myrcene make it a great choice if you are feeling restless and need a restful sleep!

Another high THC strain, Granddaddy Purple, is a true indica and typically has a THC content of around 18 percent. Its two most prominent terpenes are myrcene and pinene, common among indica strains. Chill out with a little bit of Granddaddy Purple, and you feel physical and mental relaxation take over.

Another true indica, Bubba Kush, contains high amounts of caryophyllene, limonene, and myrcene. Its THC percentage usually falls around the 17 percent mark, and this strain is known for knocking you out!

Mendo Breath is an indica strain that induces both a euphoric high and an extremely powerful sedative effect. High in caryophyllene, limonene, and myrcene, be sure to save these buds for after the sun goes down! It won’t be long after you smoke some Mendo Breath that you’ll be ready for bed.

Tahoe OG is a high-THC hybrid with prominent terpenes limonene, caryophyllene, and myrcene. In addition to being helpful as a sleep aid, some strain reviewers also report feeling pain relief and an increased appetite.

When it comes to sleep, cannabis has been shown to provide benefits in several ways. Increased melatonin production is one reason that cannabis has been such an effective sleep aid throughout the years, but the therapeutic benefits of terpenes (especially those typical of indica strains like caryophyllene, pinene, and myrcene) also play an important role in improving the consumer’s sleep function.