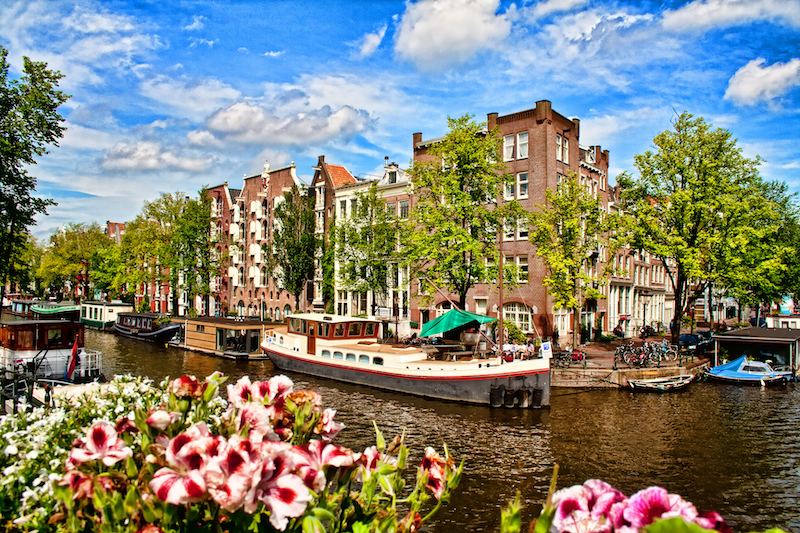 International travel for Americans has finally become a reality, with more and more people receiving COVID-19 vaccinations and travel bans being lifted across The Caribbean, South America, and even Europe. If you’re a cannabis lover looking to get away from the States, Amsterdam is an excellent destination with an esteemed history and culture surrounding the plant.

Even though some travel restrictions are still in place for U.S. citizens, now is a perfect time to begin planning your journey to the Netherlands. Check out this guide on the ins and outs of using cannabis in Amsterdam so that you can fit right in with the locals!

The Dutch have an extensive history with cannabis dating back to the 1500s, when

farmers started to combine their expensive imported tobacco with the leaves and flowers of the hennep (“hemp” in the Dutch language) plant to make it last longer. In the following centuries, the country’s reputation as a place for free thinkers and free expression grew until the mid-1960s. The use of drugs such as LSD and truffles, and eventually cannabis, rose in popularity among the Netherlands’ younger citizens.

Wanting to reduce potential harm among young adults in the country, the Netherlands’ Minister of Health and the Interior Irene Vorik examined the medical and social studies behind the damage caused by the various substances. They called for the authorities to stop persecuting people for using and cultivating personal amounts of cannabis. Vorik also remodeled existing youth centers throughout the nation to allow the sales of small quantities of hashish and marijuana. It was in these youth clubs that the famous “coffeeshops” of Amsterdam were born.

What are the Cannabis Laws in Amsterdam?

If you’re planning to buy and consume cannabis on your trip to Amsterdam, it is imperative to become acquainted with the drug laws and the regulations surrounding cannabis in the city.

The Dutch government breaks all psychoactive substances up into two different categories: hard drugs and soft drugs. Hard drugs, such as cocaine, heroin, and speed, are entirely forbidden in the Netherlands. On the other hand, soft drugs like cannabis, hashish, and even hallucinogenic mushrooms are legal for “personal use” throughout the country. However, several guidelines must be followed by tourists and locals alike.

Here are a few key regulations for proper cannabis use and purchase:

The Best Coffeeshops in Amsterdam

Here is a shortlist of some of the best coffeeshops in Amsterdam, even though much will depend on your preferred setting, environment and the cannabis menu offered at each location.

The Bulldog: The Bulldog is arguably Amsterdam’s most famous coffeeshop due to its central location in the city. The company has several locations throughout Amsterdam and can boast the title of establishing the first coffeeshop in Amsterdam!

Barney’s Coffeeshop: This coffeeshop is located in a 500-year old building right in the heart of the Westerpark Area of the city. Barney’s is the renowned winner of multiple “High Times Cup” awards and serves breakfast, lunch, and dinner.

Dampkring: If you’re looking to relax at a coffeeshop with great ambiance and decor, Dampkring is a great spot that is popular among visitors to Amsterdam. It is known for its appearance in Ocean’s 12, where a scene between Brad Pitt and George Clooney was filmed.

Boerejongens: Boerejongens, translated to “farmer boys” in Dutch, is a famous Amsterdam coffeeshop that has been in operation since 2007. The company has two locations and is well known for their spacecake, a Dutch edible specialty that is usually prepared with typical cake ingredients, which are then combined with cannabis.

As you can see, Amsterdam has plenty to offer to cannabis tourists, but experiencing the city to the fullest requires much more than just visiting the coffeeshop right next to your hotel and buying a joint. However, with the proper research, preparation, and spirit of adventure, you can enjoy a cannabis-themed vacation filled with plenty of delicious food, beautiful parks, and beautiful culture! So get packing and book your trip to Amsterdam today!